Posted by Michelle Barron on 20th March, 2018 in Opinion and categorised in . 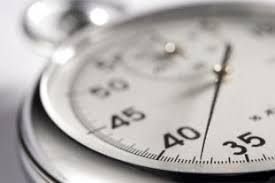 Time recording is essential to the solicitor’s business model and profitability. But it is an area that is often given little attention or is overlooked until it causes an issue with recoverability of profit costs.

So what is best practice when it comes to recording your time?

For most solicitors the billable hour remains, for now at least, the primary method of calculating the costs to be claimed from both their own clients and opponents in the event of an inter partes costs order.

When preparing bills of costs for assessment a costs draftsman will rely primarily on the letters, emails and file/attendance notes included within the file along with any electronic time-recording printouts.

If it is apparent from other evidence and documents in the file that an item of work has been done but not recorded then it is also possible to include “estimated” time, which should be noted by use of an “(e)” against the entry in the bill.

A line of case law starting with Maltby v Freeman & Co [1978] 1 All ER 913 established that estimated time may be allowed upon assessment. But there is some contrary case law: Brush v Bower, Cotton & Bower 1993 indicates that estimated time should either not be allowed or at the very least should be treated with caution by an assessing judge and only allowed if proved by way of other documents.

Even if estimated time is allowed in principle, the burden will always be on the Receiving Party to convince the judge that the time claimed was actually expended and that it was reasonable for them to have spent the amount of time claimed - see Jemma Trust Co Ltd v Liptrott & Others (no.2) [2003] EWCA Civ 1476.

To ensure the maximum recovery of time and, therefore, profit costs, the best evidence will be a properly recorded file or attendance note, either by way of a hard copy/electronic note on the file, a fully detailed electronic time-recording entry or a combination of both.

When it comes to recording your time, the following points should be considered and followed:

In cases where a Costs Management Order has been made and a budget approved, accurate time recording is essential to keep track of whether you are getting close to the amount of the budgeted costs in any phase. This will inform any decision about whether an application may be required to amend the budget (subject to there being significant developments to justify the amendment) as well as the consideration of what additional amounts should be sought.

To be able to correctly monitor the current spend in each phase it will be essential to note the phase in each time recording and, if recording an item of work that covered more than one phase, to provide a breakdown of the time spent on each phase.

It is not just in matters where inter partes cost may be claimed that the above considerations apply.

Subject to some exceptions, all clients may seek an assessment of their solicitor’s fees under the Solicitors Act 1974. If the retainer is based on hourly rates, you must provide accurate and appropriate details.

For any solicitors’ firms who rely on the hourly rate model, proper time recording is an essential discipline.

This article was written by Nick Kitchen who is a Legal Executive and senior costs practitioner working at the Exeter branch of Burcher Jennings.