Posted by Michelle Barron on 14th February, 2017 in Opinion and categorised in .

Proportionality continues to be a hot topic, thanks to the revised test introduced by the Jackson Reforms for cases that began on or after 1 April 2013. The wording of the new test can be found in CPR r.44.4(5). It states that costs incurred are proportionate if they bear a reasonable relationship to five factors:

However, while the above might seem pretty clear, the manner in which the judiciary should proceed if they decide that costs are disproportionate doesn’t have the same degree of definition. Despite this lack of clarity, when delivering his implementation lecture, Lord Neuberger confirmed that there would be no further guidance on the topic. He also said that any questions relating to proportionality and costs would be case sensitive and that the law on proportionate costs would have to be developed on a case-by-case basis. Consequently, we can look forward to a degree of satellite litigation while the courts work out the law. As a result, rather than the clear perspective needed on the proportionality test, what has been achieved instead is contradiction, confusion and a lack of certainty. So, how should we proceed?

In the absence of any clear guidance, individual interpretations of the new proportionality test have been applied, and these are worth noting. Some key examples can be found in the following cases:

‘Reasonable and proportionate’ is an objective judgment

This matter involved an application for a payment on account (POA) in a very high value claim. The paying party argued that no POA should be made, as the costs were so disproportionate that they required a detailed assessment first. This argument was dismissed. What’s interesting here is that Leggat J stated that, while parties in a high value case may believe that no expense should be spared to help their case when a lot of money is at stake, these costs won’t necessarily be reasonable or proportionate when it comes to costs recovery. He made the point that what is reasonable or proportionate would be an objective judgment, “The touchstone is not the amount of costs which it was in a party's best interests to incur but the lowest amount which it could reasonably have been expected to spend in order to have its case conducted and presented proficiently, having regard to all the relevant circumstances.”

Leggat J said that spending more than this should be a cost for a party to bear and not recoverable, a policy he felt would discourage waste and deter cost escalation. He also said he felt this approach was fair, “It is fair to distinguish between, on the one hand, costs which are reasonably attributable to the other party's conduct in bringing or contesting the proceeding or otherwise causing costs to be incurred and, on the other hand, costs which are attributable to a party's own choice about how best to advance its interests.”

This case will be of keen interest to paying parties who, no doubt, will be gleeful in advising receiving parties that they should receive only the lowest amount!

The arbitrary application of proportionality

More commonly known as ‘the phone hacking case,’ in this matter a claim for costs totalling £241,817 was reduced on assessment to £167,389.45. Master Gordon-Saker then “stood back” and concluded the costs were disproportionate to the issues and amounts at stake. He subsequently reduced the bill by approximately 50% to £83,964.80.

The Claimant in BNM recovered £20,000. Although this matter did have a particularly difficult to quantify non-monetary value, this meant that the costs to damages ratio was more than four times the financial value of the claim. There is no clear explanation as to why a 50% reduction was applied and so the only conclusion we can draw from this is that the application of the test of proportionality is entirely arbitrary. It also leaves costs draftsmen faced with paying parties who place a heavy reliance on this decision in points of dispute.

This case was leapfrogged to the Court of Appeal for a “fast track” appeal but has been postponed until 10 or 11 October 2017, pending decisions as to whether success fees are incompatible with the rights of freedom of expression under Article 10 of the European Convention on Human Rights.

Costs were reduced to £9879.34 on provisional assessment, primarily as a consequence of reduction to the hourly rate claimed. Master O’Hare then made a further reduction on the grounds of proportionality - the judgment indicates reasonable costs were assessed as exceeding £11,000 plus VAT but no exact figure is given. In his judgment, Master O’Hare referred to the Kazakhstan case (above) when deciding the approach that should be taken when determining if costs were proportionate.

In the process of settling on a proportionate amount, he elected not to “chop off a slice of all of the costs” found to be reasonable but instead targeted “items of work which it was disproportionate to do in the particular circumstances of the case in hand.”  I.e. Leggat J’s “costs which are attributable to a party's own choice about how best to advance its interests” in the Kazakhstan case. Items disallowed as a result included instruction of an anaesthetist and work in relation to a Part 36 offer.

Perhaps the most significant and widely reported feature of this judgment related to the observation that, “the rule against the use of hindsight in costs assessment (Francis v Francis and Dickerson [1955] 3 ALL ER 836) is a rule based upon reasonableness, which, today, is trumped by proportionality (see r.44.3(3)….”

It’s also worth noting that, on the topic of the costs to damages ratio, there is still no common thread. In this case costs allowed were roughly three times the value of damages.

What does this mean in the context of recovering costs?

The case law above illustrates a lack of judicial consensus on the approach to applying the test of proportionality. We still don’t really have a costs to damages ratio or a formula for reduction.

Where the provisional assessment process is involved, draftsmen are faced with a potentially “one time only” opportunity to rebut the challenges of the paying party. As a result, any client advice must take into account the very real risk and uncertainty that the case law on proportionality presents.

Instructing solicitors should look to assist costs draftsman in formulating strong arguments that address and align themselves to the five factors in the CPR, as mentioned above. Any weakness in these arguments is likely to place solicitors’ costs at risk of reduction on the basis of proportionality, even if those costs are determined to be reasonable.

Although a lack of clarity seems to be the general theme on this issue, one thing is very clear indeed: the judiciary are not averse to flexing their ‘proportionality’ muscle. 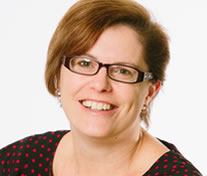 This article was written by Michelle Barron, Head of Operations based at Burcher Jennings Carlisle offi