Posted by Michelle Barron on 30th May, 2017 in Opinion and categorised in . 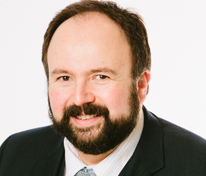 The impact of costs changes on access to justice has, in some ways, been subtle and in others very dramatic indeed. Parties not able to recover costs can find themselves in dire straits as a result of new perspectives on proportionality. The upshot may be that, while the UK teases access to an impressive set of rights and obligations, both enshrined in legislation and written into contracts, they are almost pointless if the majority of people don’t actually have the resources to access them via enforcement.

Going back to the beginning…

This amendment overturned the 2002 twin tests of reasonableness and necessity established by the Court of Appeal in Lownds v Home Office and which had stood since 2002.

As a result, since 2013, costs are considered proportionate if they bear a reasonable relationship to:

(a) the sums in issue in the proceedings;

(b) the value of any non-monetary relief in issue in the proceedings;

(c) the complexity of the litigation;

(d) any additional work generated by the conduct of the paying party; and

(e) any wider factors involved in the proceedings, such as reputation or public importance.

Almost inevitably, Courts have struggled with the practical application of this new test, and their efforts have begun to cause considerable concern. There have been a number of high-profile decisions some of which, although not consistent, present a troubling pattern in terms of access to justice.

Master Gordon Saker found that none of the factors set out at CPR 44.3(5) applied although the nature of publication proceedings justified costs being greater than damages. He concluded that the costs remained disproportionate and reduced the assessed figure by approximately 50% to £83,964.80.the assessed figure by approximately 50% to £83,964.80.

This matter was a nuisance claim arising from noise from works being conducted on a neighbour’s property. The claim settled for £25,000 and Claimants’ costs amounted to some £208,236.54. Following an item by item assessment, the Bill was reduced to £99,655.74.

Master Rowley decided that none of the factors listed at CPR 44.3(5) applied and that the assessed costs were undoubtedly disproportionate. He considered that achieving justice at proportionate cost would, to many, mean allowing the recovery of the minimum costs involved in bringing the case to a successful hearing, referencing Kazakhstan Kagazy PLC v Zhunus. However, he thought that approach too generous where the sums involved were modest.

His argument was that the recoverable sum was the amount which it was appropriate for the paying party to pay having regard to the factors in CPR 44.3(5). It was not the amount required to achieve justice but a contribution to the receiving party’s costs in modest cases. He remarked that the final figure was “entirely” a matter of judgment, and reduced C’s recoverable costs to £35,000 plus VAT.

This case involved two Russian nationals litigating over custody of their daughter. The only point in issue was whether an Order made by a Russian Court on 18th April 2013 could be enforced in England. It could not because the Hague Convention was not in force in the Russian Federation on 18th April 2013.

The successful Respondent’s costs totalled £38,813.00, which according to the Court bore “no proportionate relationship to the single point in issue.” Unlike Masters Gordon-Saker and Rowley before him, Macdonald J elected to follow the Khazakhstan case and found that the proportionate sum was the lowest amount that a litigant could reasonably be expected to spend to have their case conducted proficiently.

With that in mind, he focussed on the individual heads of costs and reduced the Bill to £3,737.50, less than 10% of the total claimed.

Where the concerns lie

What is worrying, from the point of view of access to justice, is the assumption implicit in BNM that recoverable costs should not exceed damages unless one of the other factors ((b) – (e)) in CPR 44.3(5) is present to justify it. The adoption of different standards depending on the scale of the litigation, as suggested in May, is also a concern that risks unduly penalising litigants in smaller cases who are more likely to be dependent on costs recovery. Then there is the problem presented by the lack of consistency – if taking a view on a possible outcome, with which of the above do you choose to sit?

To some extent the question is one that remains open - the appeal in BNM is due to be heard in October 2017 and could provide more insight. Although, whether the Court will provide a draconian disaster requiring a rapid retreat  à la Mitchell, or an unworkable fudge remains to be seen.

From where I’m standing, the approach adopted in the Kazakhstan and K cases seems to be eminently sensible. However, it is essentially a re-hash of the Lownds test and is unlikely to be endorsed.

The true impact of the inability to recover costs

The inability to recover costs can be crippling, as Nigel Evans MP discovered when charged with a crime he did not commit. Mr Evans was lucky, he could afford to spend £100,000 on his case. Most people cannot. This begs the question of how many people will end up with an outcome they did not deserve simply because – with little prospect of recovering costs - they did not have the resources to prevent it.

And so, back to my opening salvo, what is the point of rights and obligations if the majority of people cannot afford to enforce them?

Or perhaps that is the point…

This article was written by Rob Parness who is a Costs Lawyer at the Carlisle Office of Burcher Jennings.

Robert has over 15 years’ experience in civil costs, specializing in high value matters including catastrophic injury and clinical negligence work with damages and costs in seven figures, as well as more esoteric cases such as partnership disputes, defamation, trademark infringements, boundary disputes, professional negligence, class actions and a private prosecution for blasphemous libel. He also presents his own CPD accredited training to solicitors throughout the jurisdiction. For a number of years Robert was in charge of Burcher Jennings’ litigation team, heading a group of advocates attending assessment hearings up and down the country.