Posted by Michelle Barron on 21st November, 2017 in Opinion and categorised in . 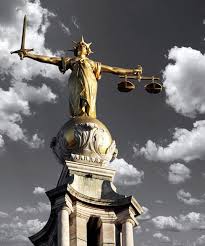 My last thought leadership article "Disconnected" (March 2016) was a general comment on access to justice, with particular reference to the legal aid agency merits test for victims of domestic violence.

On 26 July, in the case of R (on the application of UNISON) v The Lord Chancellor [2017] UKSC 51, the Supreme Court struck a real blow for access to justice with a withering attack on the actions of the Executive in their establishment, and the passing of the Employment Appeal Tribunal Fees Order 2013 (SI 2013/1893): the ‘Fees Order’.

The word ‘landmark’ is often attached to judicial decisions which are, or are, perceived to be a paradigm shift in the interpretation, and application, of a particular element of our legal structure.

In the UNISON case the word LANDMARK should be in CAPITALS, italicised, emboldened, and underlined, for that is precisely what it was. Not only for its forensic examination of the effect of an Executive Policy decision on the lives of everyday working people - particularly women - but for its stand on behalf of the population generally, and their right to benefit from laws passed, ostensibly to provide them with ‘Rights’, in the broadest meaning of the word.

Separation from the establishment

I believe that this country benefits from not having a written constitution and a formally codified bill of rights. Our laws adhere to the European Convention on Human Rights, to the drafting of which we were a major contributor, and the terms of our own Human Rights Act 1998 and other UK legislation, which seeks to codify the rights that any ‘correctly’ thinking person, would consider should be applied to individuals in the conduct of their day to day lives at work, play or their interaction with their fellow human beings.

Often, those who call for a codified bill of rights in this country, draw attention to the US Bill of Rights as a ‘gold standard’, against which all others should be measured; its integrity, power and effectiveness being deemed sacrosanct.

However, its interpretation falls to the US judiciary which, at every level, is politicised to such an extent that even now there is a perception, if not an actuality, that the decisions of the US Supreme Court are Judicial approval of the wishes, wants and will of the Executive; notable exceptions being recent stances taken against some Executive Orders issuing from the Oval Office.

Currently, and long may it remain the case, the English judiciary is very clearly separated from the political ‘establishment’; despite what some people may think. The UNISON judgment fundamentally reflects that position with its attack on the actions of, and stance taken, by the then incumbent of the country’s highest ‘judicial’ office.

The ostensible intention of the Fees Order was: to transfer part of the cost of the Tribunal Service from the taxpayer to the user; to deter claims that lacked merit, and to encourage earlier settlement of cases ‘where appropriate’.

What every high street and city practitioner knew was that the level of fees required to commence Tribunal Proceedings, coupled with the lack of public funding and the risk of swingeing costs penalties for failure - as well as the limited availability of ‘other’ funding and costs protection packages - meant that those with relatively minor, but usually very important to them, employment disputes were left bereft of any meaningful chance of benefiting from the ‘rights’ granted to them by the body of ‘employment law’ enacted in this country.

What are the wider implications of this decision, with regard to the availability, or otherwise, of legal aid?

Let me start by observing that I accept that there has been, and there is likely continuing, abuse of the legal aid system and that its management, and oversight, needed, and needs, radical overhauling and ongoing review.

Politicians often, if not always, refer to the ‘burgeoning’ cost of legal aid; usually when they are about to set out plans for limiting its scope and application.

However, when discussing legal aid politicians are always talking about the ‘whole’ of the legal aid budget. Within that figure there is a preponderance of money spent on criminal legal aid.

Thankfully, living in a civilised democracy which at least pays lip service to the concept of ‘innocent until proven guilty’, legal aid is available to those of the populace whether by stupidity, ignorance, or simply bad luck, find themselves facing a criminal conviction for some misdemeanour which, before the ever increasing reach of the criminal law, would have been dealt with by way of a night in the cells, a stern talking to the miscreant, or to his or her parents, or a ”hard stare”, as favoured by Paddington’s Aunt Lucy.

Nowadays, rightly or wrongly, the full force of the criminal law is brought to bear, and in order to avoid the potential chance of a miscarriage of justice, the potentially hapless perpetrator is given, quite rightly, full access to proper, independent legal advice which is, dependant on his circumstances, free at the initial point of delivery, and remains so until the conclusion of the process.

This is the real burden on the legal aid budget.

One of the best pieces of ‘sleight of hand’ pulled off by any politician was that of former British prime minister Margaret Thatcher when she ‘removed’ the general access to legal aid for personal injury cases basing her decision on the availability of personal injury litigation insurance as a ‘bolt on’ at a small additional increase to insurance premiums, to most existing motor or house insurance policies.

Am I the only one who spotted that, at about the same time, she introduced Insurance Premium Tax (IPT)? I think not.

At a stroke she stopped access to justice on simple PI matters to those who had neither the money, or an insurance policy, to pursue such a claim and opened the legal profession to the concept of conditional fee agreements; and we all know how much that was an effective, time and money saving idea; don’t we!

Whilst the ‘pointy elbowed’ middle class, of which I am one, will, through gritted teeth, pay the additional premium, and IPT, to protect our positions, those less fortunate fall through the mesh and are denied true access to justice.

The answer is for a properly funded legal aid system:

With such a regime, rigorously applied and enforced by the courts, underpinning a legal aid system, it would, in my opinion, go a long way to providing the most vulnerable in society with the access to justice they deserve, and which would mark us out as a truly established, and working, democracy.

I accept that such a scheme would be unlikely to be totally self-funding but, in order for us to ensure that there is truly access to justice for all, we should ‘shoulder’ the burden, but ensure, by way of proper and rigorous application of any rules and regulations that might be implemented, that the burden is not so great as to cripple us.

Before becoming a costs draftsman in 2003, Neil practiced as a general litigator, including family work, in both London and the far southwest.  He has also advised solicitors on legal aid file management and costs maximisation. He is now the Practice Manager at Burcher Jennings Truro office.

This article was written by Neil Lobb. Before becoming a costs draftsman in 2003, Neil practiced as a general litigator, including family work, in both London and the far southwest.  He has also advised solicitors on legal aid file management and costs maximisation. He is now the Practice Manager at Burcher Jennings Truro office.