Posted by Michelle Barron on 16th January, 2018 in Opinion and categorised in . 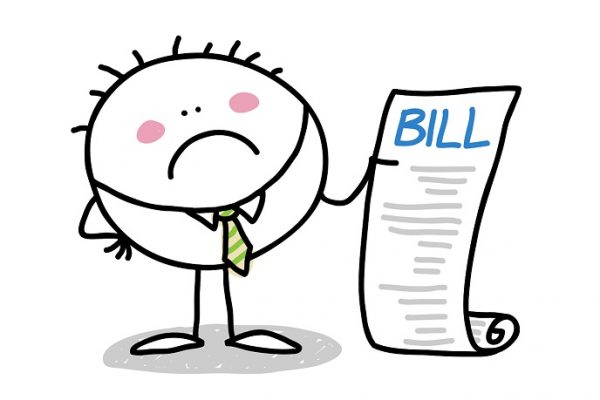 Recent judgments have caused a seismic shift in the manner in which phased bills of costs are to be assessed.

The guiding principles within these judgments have provided clarity as to how costs are to be assessed on the standard basis in a case which has been subject to a Costs Management Order:

The initial question should be “does the court have any regard to an approved costs budget in an indemnity basis assessment”?

Although the answer to this question would at first glance appear to be straightforward, a costs budget is approved and the bill of costs therefore limited on the basis of the costs being within a reasonable and proportionate range, given that proportionality is not an issue in an indemnity basis assessment, the approved costs budget should be disregarded.  However, on closer examination the matter is not quite as clear cut.

To consider the answer to this question, one must first refer to CPR, as CPR 3.18 states:

In any case where a costs management order has been made, when assessing costs on the standard basis, the court will –

(a) have regard to the receiving party’s last approved or agreed budget for each phase of the proceedings; and

(b) not depart from such approved or agreed budget unless satisfied that there is good reason to do so.

Therefore, one would automatically assume that the explicit reference to the standard basis in CPR 3.18,  - and the apparently intentional omission of any reference to the indemnity basis - means that CPR 3.18 only applies to situations where the court is assessing costs on the standard basis. It follows, therefore, that the court does not have to have regard to the last approved or agreed budget where an order has been made for indemnity costs.

But what does the case law have to say on the issue? In actual fact, the question has been considered on a number of occasions in recent years.

In Elvanite Full Circle Ltd v AMEC Earth & Environmental (UK) Ltd [2013] 4 Costs LR 612 the Honourable Mr Justice Coulson emphasised in paragraph 28 of his judgments that while CPR 3.18 is considered to be relevant to a standard basis assessment, that:

“…as a matter of logical analysis, it seems to me that the costs management order should also be the starting point of an assessment of costs on an indemnity basis, even if the 'good reasons' to depart from it are likely to be more numerous and extensive if the indemnity basis is applied.”

Mr J Coulson suggested that because costs budgets are not prepared with a basis of assessment in mind, but instead are intended as a comprehensive total of the costs that a party will need to incur, that they should remain a reasonable starting point for assessment, regardless of the basis on which that assessment is conducted.

Following a costs management order, it therefore can be considered reasonable that the parties conduct their litigation on the assumption that the approved or agreed budget represents the total costs liability which they may face should they lose and face a costs order. If by the end of the case a party has grossly exceeded their costs budget, those additional costs can be said to have been unreasonably incurred and would therefore still be subject to reduction on an indemnity basis assessment.

This stance was rebutted the following year by His Honour Justice Simon Brown who maintained that costs budgeting would not come into play where indemnity costs are awarded. In Slick Seating Systems GL Events SA v Lea Mark Adams(1) Leamark Ltd(2) LA Structures(3) John Jones(4) [2013] EWHC B8 (TCC) he argued at paragraph 11 of his judgments:

“…even if the claimants had exceeded it, their budget would not have come into play as far as this is concerned because it would be upon the defendant to show that the costs they had incurred, whether within or above the budget were unreasonable”

This suggestion was also supported by His Honour Judge Keyser QC in the obiter of his judgments in the matter of  Kellie and another v Wheatley & Lloyd Architects Ltd [2014] EWHC 2886 (TCC).

Judge Keyser QC disagreed with the approach of Mr J Coulson and argued that where proportionality is not an issue, that the court will consider when assessing costs on the indemnity basis, it would be wrong to import the approach of CPR 3.18 into an assessment on the indemnity basis in any way.
Judge Keyser QC submitted that costs budgets are prepared and assessed in line with what would be considered  to be the reasonable and proportionate costs that could be incurred. As this appeared to be a clear application of the standard basis description of recoverable costs, it would be incorrect to take an approved budget which has been assessed in line with these principles and use it as a marker for assessing the same costs on an indemnity basis.

With respect to a costs budget representing the maximum total costs exposure an opponent should be exposed to, Judge Keyser QC suggested that that protection should only be afforded if the opponent conducts the litigation in a reasonable and proper manner. The fact that an indemnity basis assessment has been awarded in the first instance would suggest that that may not be the case and that, as such, the opponent should face the possibility of having to pay costs in excess of those previously deemed reasonable and proportionate.

He summarised his disagreement that CPR 3.18 had any application, whether directly or by reference, to the indemnity basis assessment of costs, at paragraph 17:

“First, it is both unnecessary and contrary to the rationale of that rule. Second, it tends to obscure the fact that the nature of the justification required of a receiving party is quite different under the two bases of assessment. Third, and consequently, it risks the assimilation of the indemnity basis of assessment to the standard basis, which is not justified by the costs management regime in the CPR”

His Honour Justice Brown has more recently reasserted his position on costs budgets and indemnity costs from Slick Seating Systems, but also acknowledged that the approach suggested by Mr J Coulson in 2012 may also be applicable to certain assessments. At Paragraph 31 in his judgment in the matter of Excelerate Technology Ltd -v- Cumberbatch [2015] EWHC B1 he ruled:

“Where, as here, the Claimant's costs will be assessed on an indemnity basis, the Claimant will not be so limited by the rules to the agreed costs budget but it may, in practical terms be a starting point or guide for the costs judge on any detailed assessment.”

Following these High Court decisions it would appear that the prevailing position on the relevance of costs management orders and costs budgets on an indemnity basis assessment would be that an approved or agreed costs budget will not be used as a maximum level of recoverable costs for a receiving party that has been awarded indemnity costs. However, a judge would not be wrong in taking the total allowed in that budget into account when assessing what a reasonable amount of costs would be.

The waters were potentially muddied further by the subsequent introduction of CPR 36.23, which states:

(1) This rule applies in any case where the offeror is treated as having filed a costs budget limited to applicable court fees, or is otherwise limited in their recovery of costs to such fees.

(Rule 3.14 provides that a litigant may be treated as having filed a budget limited to court fees for failure to file a budget.)

(a) in respect of those costs subject to any such limitation, 50% of the costs assessed without reference to the limitation; together with

(b) any other recoverable costs.

In essence, CPR 36.23 confirms that if a party is subject to a CPR 3.14 sanction, but is then awarded indemnity costs following a Part 36 offer, their costs at the end of the relevant period will be limited to 50% of the costs that would have been awarded but for the sanction.

This presupposes that where a deemed budget under CPR 3.14 is approved, the court on assessment cannot depart from that deemed budget under CPR 3.18, even if a party is awarded indemnity costs. This would reinforce the contention that, as Mr J Coulson first considered and later reinforced in the case of Bank of Ireland (Governors and Company of) & Anor v Watts Group Plc  [2017] EWHC 2472 (TCC), CPR 3.18 applies, to a certain extent, on an indemnity basis assessment as well as on a standard basis assessment.

The potential impact of Harrison

So what does this all mean following the judgment in Harrison? Well depending on whether the court has regard to the approved costs budget in an indemnity basis assessment, this can determine the impact that Harrison can have.

If the court does have regard to the approved costs budget then the receiving party can, if they are within budget, maintain that the anticipated costs are recoverable in full if no good reason is provided, as would be the case in a standard basis assessment. If the receiving party is grossly over budget, then they can expect their costs to potentially be reduced significantly on the basis that the costs budget is deemed as an appropriate starting point.

Conversely, if the court does not have any regard to the approved costs budget, then of course the receiving party does not have to show good reason to depart upwards if they have overspent in any particular phase.

Now given that the receiving party is both within budget and has an indemnity basis costs order, one would assume that even if the paying party’s point was taken, that any reductions made during that assessment would be minimal. However, even if there was a reduction to the costs subject to the indemnity costs order of around 5% that could be a substantial reduction in certain cases, particularly if the order encompasses the majority of the anticipated costs.

What this means is that following the judgment in Harrison, achieving an indemnity basis assessment can now possibly be a disadvantage if the receiving party is within budget, which is something that should potentially be borne in mind when a costs order is being agreed.

As can be seen, the judgment in Harrison has not only had a profound effect on the manner in which standard basis assessments are conducted, but the guiding principles within Harrison can also potentially have an effect on an indemnity basis assessment, possibly a detrimental one for the receiving party. This stems from the fact that Harrison now enables the receiving party to actually achieve a better result simply for being within budget than if they were to be awarded an indemnity basis costs assessment for all of the anticipated costs.

It is possible that clarification will be required in this regard in the future. It surely could not have been the intention of the Court of Appeal, given that the motivation behind the findings in Merrix and Harrison were to put the parties on an equal footing, to inadvertently put the receiving party at a disadvantage in an indemnity basis assessment.

This article was written by Nick Bailey who is an experienced Costs Consultant, and brings to the Truro office his extensive experience in costs, acting for both Claimants and Defendants dealing with complex, high-value claims. He has particular expertise in personal injury  cases, including industrial disease and clinical negligence along with substantial experience across a broad spectrum of areas, including commercial and professional disputes, Court of Protection  and family legal aid.