Budgeting Tactics – Time to Get Serious?

Posted by Michelle Barron on 21st August, 2017 in Opinion and categorised in . 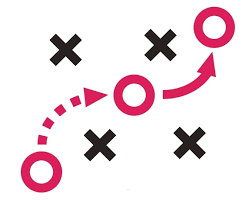 When it comes to the recommendation of fixed costs, Lord Justice Jackson’s ’Review of Civil Litigation Costs – Supplemental Report Fixed Recoverable Costs’ hasn’t gone as far as some expected. And so, despite the hope for certainty from J-Day this remains a contentious issue. Following on from last month’s article on amending budgets, in the discussion that follows we will be looking at the way in which parties attempt to use costs budgets for tactical advantage – and the consequences that this can have.

There have been several recent cases where the Courts have refused to deliver what one party or another wanted in terms of being able to manipulate budgets.

In the case of Car Giant Ltd & Anor v London Borough of Hammersmith [2017] EWHC 464 (TCC), for example, the Defendant was entitled to costs after the Claimant failed to beat their Part 36 offer at trial. Having exceeded their approved costs budget by around 80%, the Defendant sought an indication from the judge that the further costs were reasonably incurred. The Judge, however, refused, stating that trial judges should “not seek to trammel the costs judge’s jurisdiction” - unless there are specific issues they want to raise.

This approach was endorsed in Sir Cliff Richard’s case against the BBC – where the Chief Master of the Chancery Division said it was not helpful to record very general comments on incurred costs, due to the summary nature of costs management.

Costs budgeting is not “a form of game”

A commonly encountered costs budgeting tactic is for a Defendant to submit an artificially low budget, either in an attempt to emphasise the “high” cost of the Claimant’s budget, or because they simply don’t want to spend much time producing a budget if they do not expect to recover costs.

In the case of Findcharm v Churchill Group [2017] EWHC 1108 (TCC), for example, the damages were worth more than £800,000. The Claimant’s budget was £245,000 and the Defendant’s budget just under £80,000. The Defendant offered £90,000 in respect of the Claimant’s budget, possibly in the hope that the court might compromise in the middle of the polarised figures put forward by the two sides. However, if that was the hope, it backfired.

The Judge applauded the introduction of Precedent R, which “obliges the parties to adopt a realistic attitude to the budget of the other side, and has assisted in the identification of the real disputes between the parties on costs.” He went on to add, “however, even now, some parties seem to treat cost budgeting as a form of game, in which they can seek to exploit the cost budgeting rules in the hope of obtaining a tactical advantage over the other side.” The Judge was so critical of the Defendant’s Precedent R, which sought to put as low a figure as possible on every stage of the Claimant’s budget without justification, that he felt obliged to disregard the Precedent R and instead find the Claimant’s budget to be both reasonable and proportionate.

From the Defendant’s perspective

I do have some sympathy, however, when looking at things from the Defendant’s perspective. A Defendant may believe that it is unlikely they will ever recover costs, and resent the time and cost of preparing a budget. If liability and causation is already admitted, and quantum is the only issue, should they have to prepare a budget at all? It’s true the Defendant could recover some costs if a good Part 36 offer is made, which is not beaten on settlement or at trial. However, they will only be entitled to costs incurred after the date of the expiry of the Part 36 offer. So, if they have not already made an offer prior to the case management hearing, maybe there is a case to be made that they shouldn’t have to prepare a budget at that stage. If they subsequently make an offer, a budget could be filed and served in respect of future costs only.

Pitching an offer at the right level

But what is a reasonable offer on the other side’s budget?  There is difficulty pitching it correctly when not only can the court “not approve costs incurred before the date of any costs management hearing,” but hourly rates also remain at large.

It is also clear that Claimants should resist the temptation to prepare budgets that include costs in relation to every single foreseeable action, irrespective of how likely it is to occur. The Courts appear to be willing to entertain revised budgets if steps not previously budgeted for become necessary but they dislike excessive budgets from the outset. This means that the process of monitoring budgets is crucial for anyone who wants to avoid working for free.

It is important that both parties engage fully in the costs and budgeting process - to do so can work in favour of both parties when it comes to assessment. Even though there is still a requirement to draw a bill of costs, agreement of the budgeted costs is much quicker if they fall within the sums allowed in the original or revised budget.

Agreement of budgeted costs can be made far less painful if Claimants accept that they are required to provide an explanation of any phase that is overspent, even if the estimated costs as a whole are within budget. Likewise, Defendants should now accept that - following Harrison - if those costs are within budget, preparing lengthy detailed Points of Dispute in respect of the same is not the best approach. Harrison v University Hospitals Coventry & Warwickshire NHS Trust [2017] EWCA Civ 792, showed that the court won’t depart from the budget without good reason - either upwards or downwards. It’s an important lesson to learn that detailed assessment is not intended as an opportunity for a Defendant to try again to attack a budget.

One final – and crucial – point to note is that budgets should be dealt with on time. In the case of Lakhani & Anor v Mahmud & Ors [2017] EWHC 1713 (Ch), a party who filed their budget one day late was refused relief from sanctions. The possible respite from such a decision is likely to be if the party refused relief subsequently believes more work is required than was originally included in their budget. This would then necessitate an amendment and further work not previously included in any amended budget may be allowed in addition to the Court fees. However, without that caveat there is no help.

Gaining a tactical advantage is something that is always seen as a great opportunity in hard fought legal cases. However, when it comes to costs – as these cases show – there are some situations where attempting to create a tactical advantage by manipulating the costs process can have quite the opposite effect.

This article was written by Joanne Powell who is a Costs Consultant and Head of the London Office of Burcher Jennings.

Joanne has extensive costs experience in civil costs and Court of Protection, advocacy and training. She is a Qualified Costs Lawyer and Costs Lawyer Standards Board Accredited Trainer.